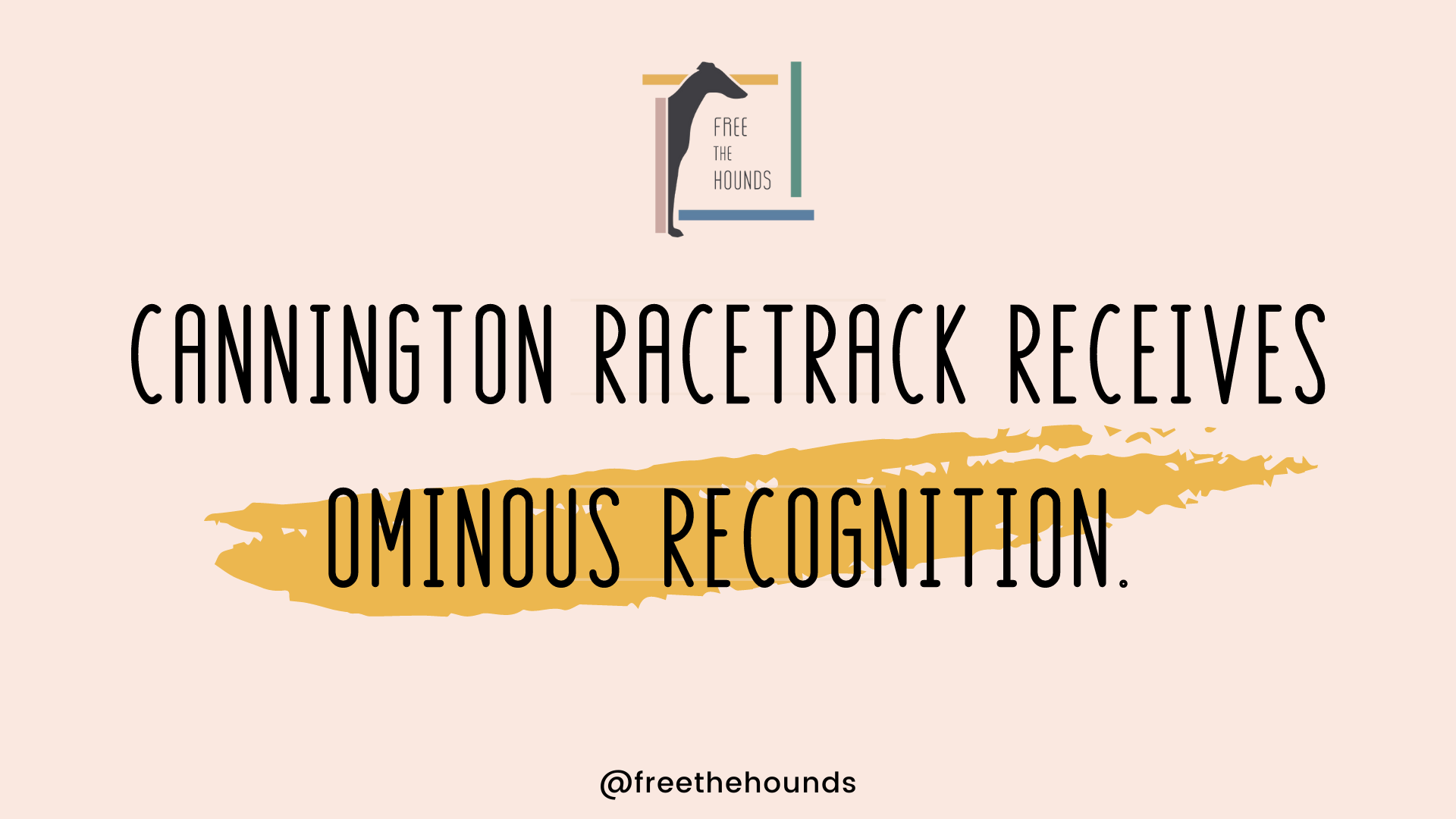 Cannington has earned second place nationally for track-related injuries for racing greyhounds in 2021, according to the report released on Thursday February 24, 2022 by Coalition for Protection of Greyhounds – CPG Lethal Tracks.

Cannington racetrack has received the title after data collected from the Racing and Wagering WA (RWWA) steward reports, has revealed that 502 dogs were injured on tracks during the last calendar year.

This figure comes as no surprise to Free the Hounds (FTH) President, Melissa Harrison. “We have been
advocating for years for greyhound racing to end in this state, yet our government continues to turn a blind eye to the facts that this “sport” is dangerous to greyhounds. No matter how many welfare words they mention or figures they cherry pick, it will never be safe for the dogs to race.”

RWWA, the Government agency controlling greyhound racing, recently set up a website purely to show case their welfare initiatives – We Are Animal People. “However, in stark contrast to this, their very own Welfare Committee only met three times during the financial year 2020/2021, and not once during the 2019/2020 year, as we discovered under a Freedom of Information request”. 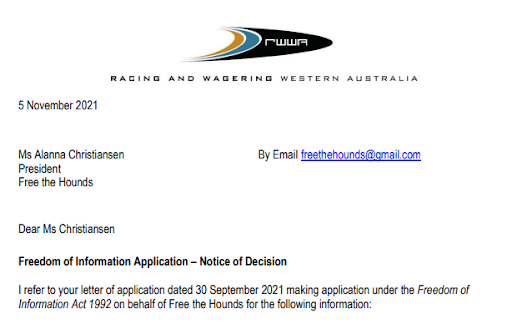 RWWA have also had access to reports from University of Technology Sydney (UTS), from as early as August 2020, claiming that both Cannington and Mandurah tracks need repairs performed to be bought up to a safe racing standard, yet nothing has been done and racing continues – UTS Report.

Just some of the recommendations from the UTS report;

“Since January 1 this year, 13 greyhounds have broken legs, one has fractured its foot, two have sustained fractured wrists, one has fractured a tibia and one a shoulder. Two have been euthanised due to injuries sustained in the Mandurah catching pen and one has been found dead in its kennel while under RWWA care in rehabilitation” Ms Harrison went on to say. “This level of injury should not be acceptable to any Government in 2022 and is the very reason racing is being banned around the world”.

Free the Hounds are calling on the Labour Government to expedite the phase out of this cruel sport or at the very minimum for RWWA to halt racing and for the track upgrades to begin immediately.